Tribute Awards
SAVE the date and NOMINATE!

Nomination deadline is 5pm, Friday, September 23, 2022. There is no nomination fee. 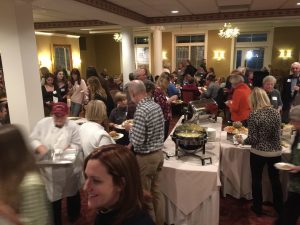 Tribute honorees will be celebrated during a reception at Stafford’s Perry Hotel in Petoskey from 5:30 to 7:30pm, Thursday, November 10, 2022.

“What we love about this event is that it highlights local people who are working at the community level to share and spread kindness, compassion, dignity and generosity. No matter if their efforts are well-known or relatively unknown, they improve people’s lives and make this area a better place to live, work and play.”

Computer use can be monitored and is impossible to completely clear. If you are concerned your internet and/or computer usage might be monitored, please use a different device, call our confidential
24-Hour Help and Information Line at 231-347-0082, 800-275-1995
or the National Domestic Violence Hotline at 800-799-7233.

If you are in immediate danger, dial 911.

To quickly navigate away from our site, click on the QUICKLY EXIT SITE banner on the right of any page. The current window will be redirected to the Google News page. Keep in mind that this will NOT clear the browsing history, and you can return to this site by clicking the “back” button.